Chennai Super Kings will face Delhi Capitals in the Match 50 of IPL 2021 on 4 October at Dubai international Stadium. CSK and DC both had a fantastic run in the second phase of the IPL 202, losing only one match thus far. CSK have beaten RCB, MI, KKR and SRH, before losing to RR. Both teams have 18 points after 12 games and will be looking for a win to help them finish in the top two of the points table. CSK maintains their lead thanks to a higher net run rate.

1) MS Dhoni – The right-handed batsman has exceptional batting and wicket keeping skills, as well as a captaincy style that straddles the line between conservatism and unconventionality. He is a wise pick for this match. He took a wicket in his last match.

2) Rishabh Pant –  The left-handed batsman’s skill set and the expertise required by the IPL are completely in tune.  He’s a powerful hitter who can knock a wide range of blows and cross the boundary ropes with ease. He scored 26 runs and took a wicket in his last match.

1) Ruturaj Gaikwad – Gaikwad is a free-striking opener whose game relies around flowing technique. His ability to stay steady and risk-free yet scoring at a reasonable rate drew early attention. His batting is more about deft touches and timing than the new power hitting module that most rookie batsmen employ. He scored 101 runs in his last match.

2) Steven Smith – He is now an effective white-ball batter, but with his talent, he can undoubtedly enhance performance. His unorthodox style had only evolved with an exaggerated trigger action and shuffle across the stumps, all of which raised eyebrows among the purists.

4) Shikhar Dhawan – Dhawan, a naturally attacking left-handed opener, has been a cornerstone of the Delhi line-up for a long time and forms an invincible top-order. He is strong on the off-side with his cuts and drives, thanks to his side-on stance and minimum trigger movement.

1) Anrich Nortje – Anrich is a pacer who can be described as a tearaway at the IPL. He is tall, pacy, and always in the sticks, not to mention at a pace that can be unsettling. With his love for bowling yorkers, he is the ideal white ball cricketer.

2) Kagiso Rabada – The youthful tearaway pacers including Rabada, are usually the ones who make the news for their ferocious speed and terrifying bounce. He is the closest thing to an ‘ideal mix.’ Rabada has the ability to swing the ball conventionally, but he prefers to use scrambled seam deliveries to make it seem off the wicket.

3) Shardul Thakur – He has developed exceptional skills throughout the years, including as the outswinger, which he is an expert at bowling. He offers a big threat to batsmen all over the world because of his ability to sustain seam placements while keeping his pace.

4) Josh Hazlewood – He has suffocated several batsmen with his unwavering accuracy, and he has also sought to add a few changes to his arsenal to suit the format. He’ll be eager to make an impression and establish himself as a versatile bowler.

1) Ravichandran Ashwin – Ashwin burst onto the scene with his street-smart exploits in the shorter form of the game in the IPL, opening the bowling at death, and coming on when wickets were required. He is a valuable player from his squad and an important pick for the upcoming match.

2) Ravindra Jadeja – The left handed batsman and slow left arm othodox bowler has established himself as a skilled fielder and hard hitting batsman in the middle order. His great wicket taking abilities and flair with the bat makes him a valuable pick for the next match. 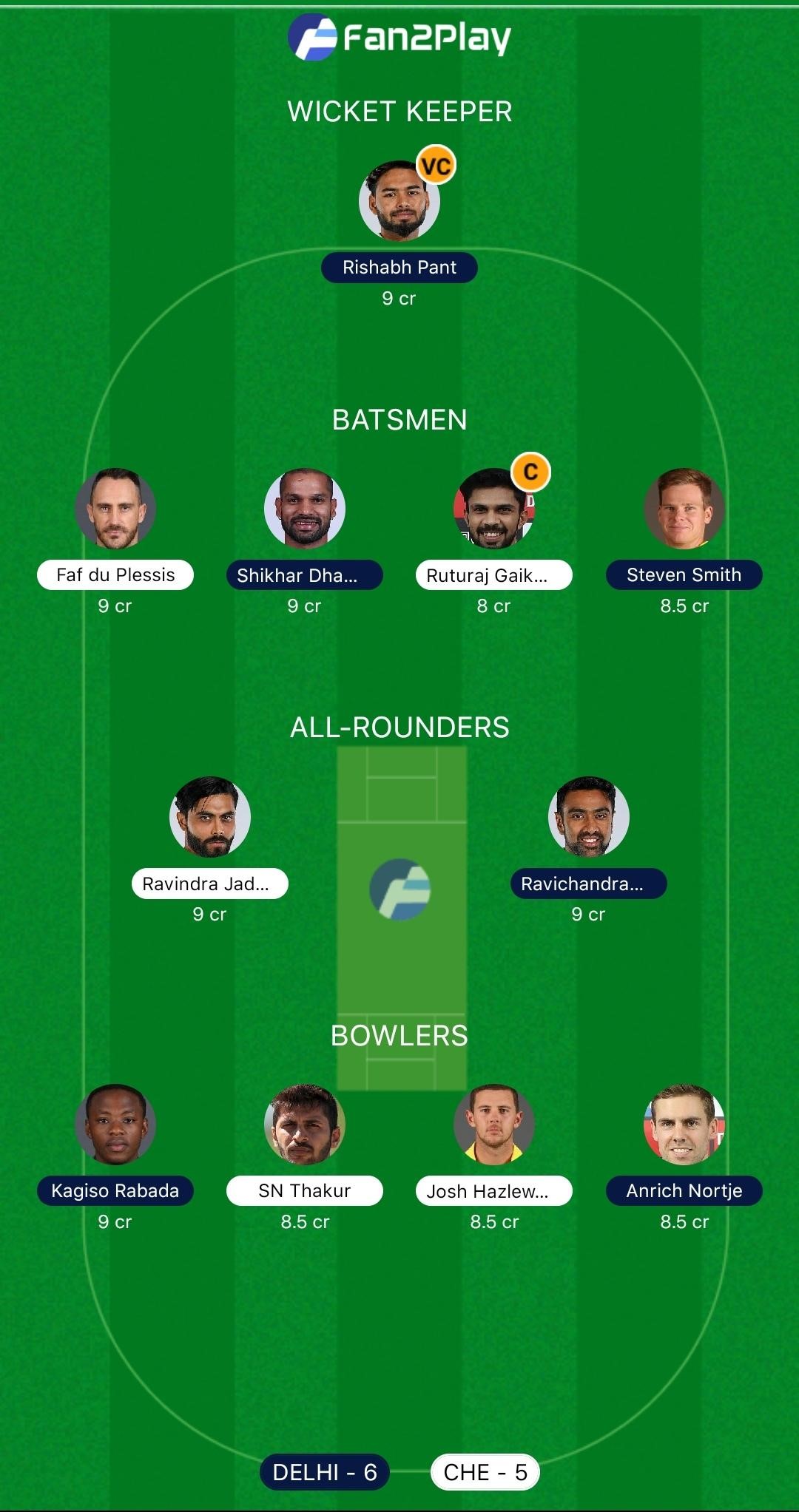