Oman will face Papua New Guinea in Match 1 of ICC T20 World Cup 2021 on 17 October at Al Amerat Cricket Ground. Oman had put up good targets on the board for both the Netherlands and Namibia in their warm-up games. They did, however, lose the game against the former, but won by 32 runs against Namibia.

PNG, on the other hand, failed to win any of their warm-up games. They do, however, have some key players on their team who are determined to put on a good show during the tournament. The first match is expected to be an exciting one to watch.

1) Kiplin Doriga – This right-handed young batter isn’t experienced in this format but has given good performances in the past few matches for his team.

2) Suraj Kumar – This right-handed batter smashed 62 runs against Papua New Guinea in his previous match. He is a wise pick for the upcoming match due to his hard hitting skills.

1) Sese Bau – He is a reliable player who is an exceptional fielder from his team and has played good innings so far.

2) Fayyaz Butt – The right-handed batsman is among the best pacer from Pakistan Under 19 team. He is expected to give good fantasy points in the next match.

3) Jatinder Singh – He is an experienced player from his squad and has great skills in his power hitting strokeplay. He is expected to put good runs on the board.

4) Tony Ura – Tony scored a quick 74 against Vanuatu in the qualifications, and then smashed 76 in 55 balls to help PNG qualify for the U19 World Cup in 2008. He has a good history as a hard hitting player for his team.

1) Mohammad Nadeem – He is a young right arm fast medium bowler who made 29 runs in his last match and even took 2 wickets in the recent match against Sri Lanka.

2) Ayan Khan – The slow left arm orthodox bowler has significantly rebuilt his action and added additional elements to his bowling. He has excellent bowling skills in T20 format.

4) Gaudi Toka – The right arm medium fast bowler is a dangerous player for the opponent’s team due to groundbreaking bowling skills in his arsenal.

1) Khawar Ali – The legbreak bowler and right handed player is an opening batter for his team and he is an experienced player in this format who has been consistent with his wicket taking abilities.

2) Nosaina Pokana – The right-handed batsman and left arm fast bowler has given reliable performances in this format. He is a must pick for the next match. 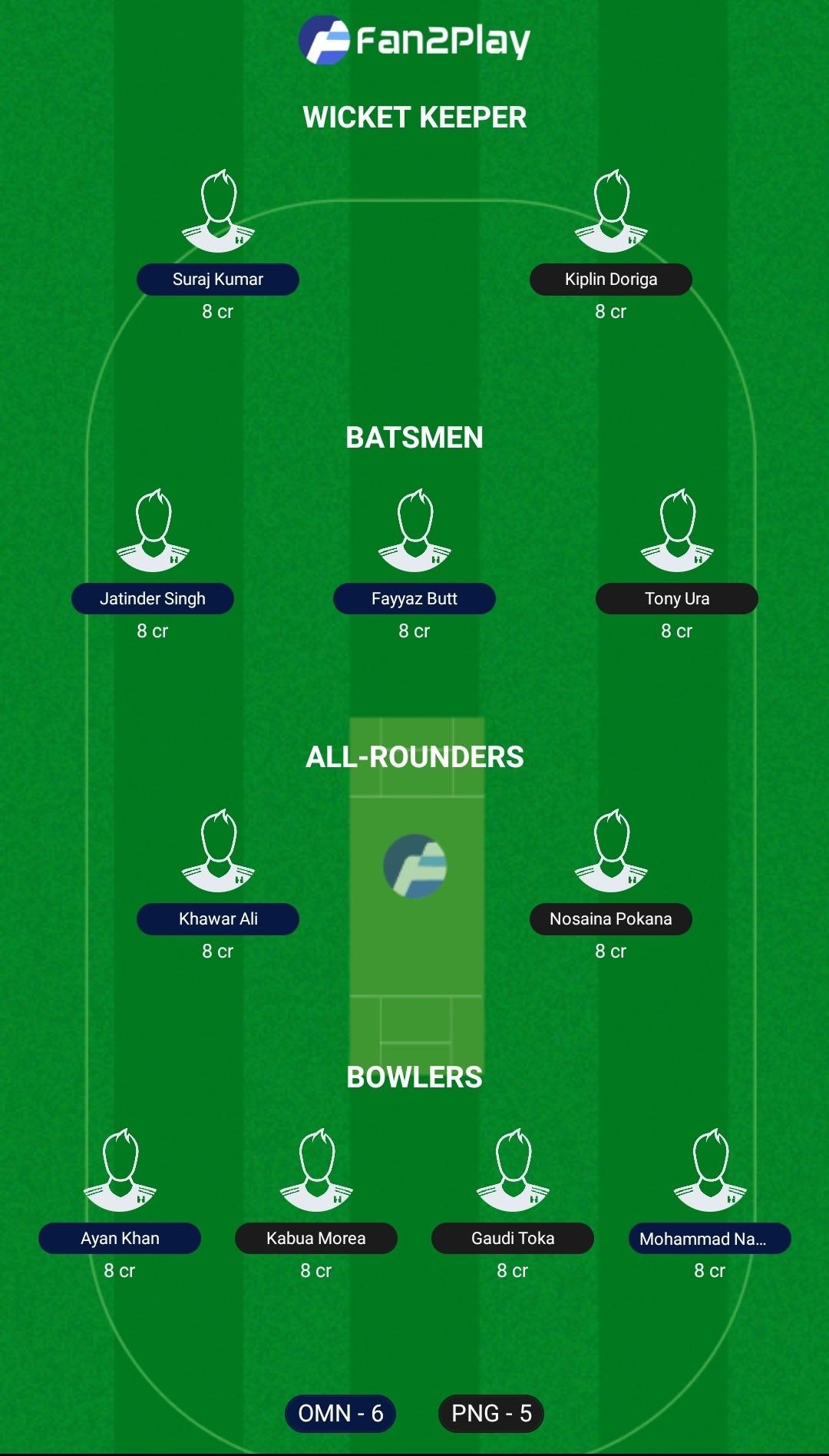