New Zealand will face Pakistan in Match 19 of ICC T20 World Cup 2021 on 26 October at Sharjah Cricket Stadium. Pakistan got off to the best possible start in their campaign by defeating India by 10 wickets. They beat the Men in Blue for the first time in the World Cup, thanks to Babar, Mohammad Rizwan, and Shaheen Afridi. The Black Caps, on the other hand, has recently appeared in poor shape as in the warm-ups, Kane Williamson and his teammates were defeated by Australia and England.

1) Mohammad Rizwan – Due to his offensive stroke play and wicket-keeping skills, Rizwan became a fixture of Pakistan’s limited-overs side, bringing significant balance to the squad’s composition. His gritty yet remarkable skills were on wide display in the last match against India.

1) Fakhar Zaman – His methods suit the limited-overs game, he is a useful part-time slow left-arm. In shorter formats, his ‘see the ball, hit the ball’ style makes him a fan favourite and a package that is difficult to overlook.

2) KS Williamson – Apart from being adept against quick bowling, his remarkable skills included the rare Non-Asian ability to play quality spin. With his superb strokeplay mixing perfectly with his footwork and gritty disposition, Williamson’s batting is a purist’s delight. His leadership abilities that jump out are his tactical street smarts.

4) Martin Guptill – Guptill, an enigmatic stroke maker by design, has been a stalwart of New Zealand’s batting in white-ball cricket for many years. The rhythm of Guptill’s strokeplay is a fundamental characteristic of his hitting. He is a difficult batsman to stop when he is in form, because of his uncanny ability to deal with both pace and spin.

1) Lockie Ferguson – Ferguson is a real fast bowler with the ability to hit incredibly high speeds from a large frame. He has everything it takes to be a match-winner for New Zealand.

2) Trent Boult – In the death overs, the left-arm quick medium bowler’s ability to swing the new ball and shift pace and lengths makes him a devastating bowler.

3) Shaheen Afridi – There is no dispute about Shaheen Afridi’s frighteningly limitless potential. Afridi, like his famous namesake, is blessed with a tall gangly frame and the ability to bowl really fast. He can also strike the ball hard with his good batting skills.

4) Haris Rauf – He is fiery with his T20 skills and has bowled phenomenal spells in the warm-up matches. He is full of great potential and is in excellent form to play this match.

1) Ravindra Jadeja – The slow left-arm orthodox spinner and the left-handed batsman has good control over his deliveries and his spell has a lot of subtle variants. He is a wise pick for the upcoming match.

2) James Neesham – In recent years, the left-handed batsman has proven to be a valuable player for New Zealand, putting in vital performances when needed. Lately, Neesham has demonstrated some consistency with his batting. 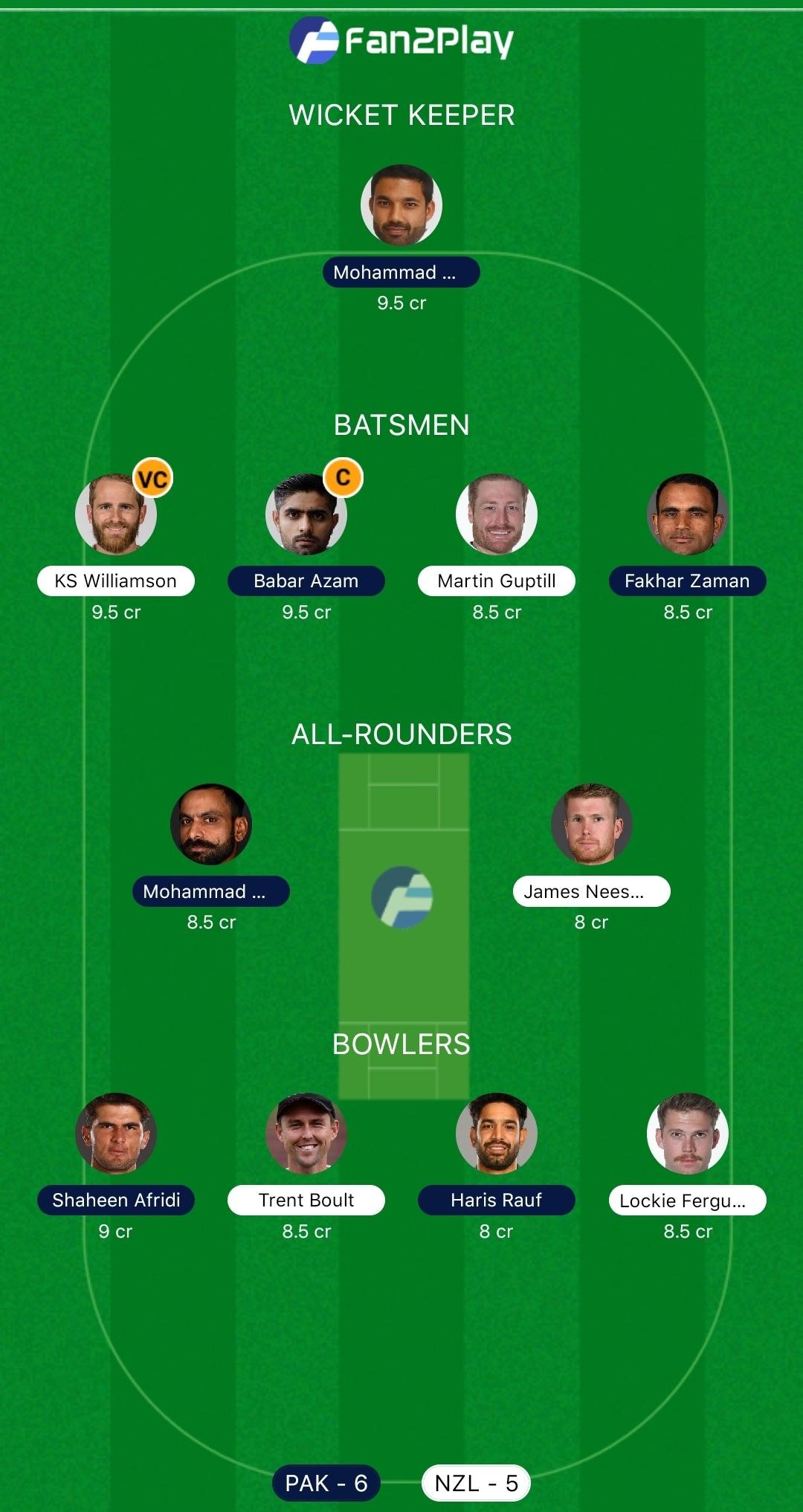