Delhi Capitals will be up against Rajasthan Royals in the Match 36 of IPL 2021 on 25 September at Sheikh Zayed Stadium, Abu Dhabi. Both teams got off to a winning start in the second phase of the IPL 2021, which is being contested in the United Arab Emirates. While the Rajasthan Royals edged the Punjab Kings by two runs in a nail-biting match, the Delhi Capitals dominated the Sunrisers Hyderabad by eight wickets. The Rishabh Pant-led Delhi team leads the points table with 14 points from nine games, and a win over Rajasthan Royals will guarantee them a place in the play-offs.

1) Rishabh Pant – The left-handed batsman’s skill set and the expertise required by the IPL are completely in tune.  He’s a powerful hitter who can knock a wide range of blows and cross the boundary ropes with ease. He made 35 runs in the last match against SRH and even took a wicket.

2) Sanju Samson – The right-handed batsman, given his innate potential, his game has truly progressed in the way it should have. He has led his team through thick and thin, he is a player with a lot of potential. He took 2 wickets in the last match against PBKS.

1) Evin Lewis – The left-handed batsman has a reputation for hitting big sixes in this format and with his power-striking, he is expected to give good fantasy points in the upcoming match. He made 36 runs in his last IPL match.

2) Shikhar Dhawan – Dhawan, a naturally attacking left-handed opener, has been a cornerstone of the Delhi line-up for a long time and forms an invincible top-order. He is strong on the off-side with his cuts and drives, thanks to his side-on stance and minimum trigger movement. He made 42 runs in the last match.

4) Yashasvi Jaiswal – The youngster’s selection for the Royals in the IPL was a big lift, and if his potential is honed, he’ll make the most of it. Many people are inspired by Jaiswal’s cricketer journey. He made 49 runs in the last match.

1) Mustafizur Rahman – With his bowling it is difficult to deal with the slow left arm cutters towards the death on a few slow surfaces. And the across-going angle that he provides for right-handers is something that the teams need to keep an eye on.

2) Kagiso Rabada – The youthful tearaway pacers including Rabada, are usually the ones who make the news for their ferocious speed and terrifying bounce. He is the closest thing to an ‘ideal mix.’ Rabada has the ability to swing the ball conventionally, but he prefers to use scrambled seam deliveries to make it seem off the wicket. He took 3 wickets in his last IPL match.

3) Chris Morris – Morris is a naturally gifted athlete who can turn a game of cricket on its head with both bat and ball. With the ability to turn up the volume on the speed gun while maintaining strong bounce, as well as some well-documented hitting prowess.

4) Anrich Nortje – Anrich is a pacer who can be described as a tearaway at the IPL. He is tall, pacy, and always in the sticks, not to mention at a pace that can be unsettling. With his love for bowling yorkers, he is the ideal white ball cricketer. He took 2 wickets in his last IPL match.

1) Ravichandran Ashwin – Ashwin burst onto the scene with his street-smart exploits in the shorter form of the game in the IPL, opening the bowling at death, and coming on when wickets were required. He is a valuable player from his squad and an important pick for the upcoming match.

3) Axar Patel – He has caused problems for numerous batters with his accurate bowling, squeezing batsmen for space and buying wickets, which is the order of the day in T20 cricket. He is tailor-made for limited-overs formats, with the ability to score quick runs with the bat and the ability to strangle the runs. He is likely to be an asset to his team in the years to come. 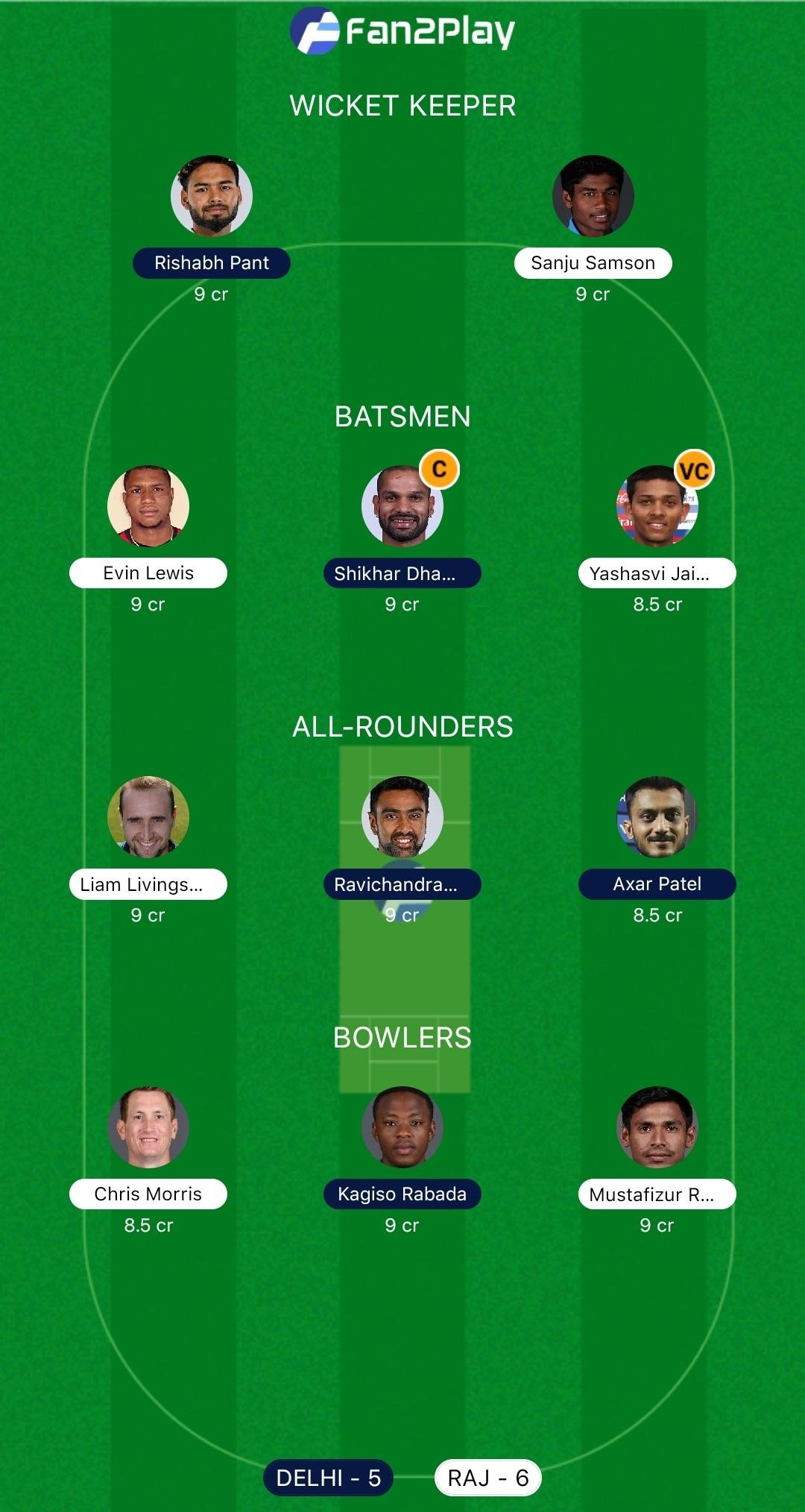