Punjab Kings will face Kolkata Knight Riders in the Match 45 of IPL 2021 on 1 October at Dubai International Cricket Stadium. The two teams had fairly comparable campaigns, and it would be intriguing to watch how they fare in the forthcoming match. KKR have won 5 of their 11 games and are in a stronger position to advance to the next round if they win their remaining 3 games. With four wins out of 11 games, the KL Rahul-led team may reach a maximum of 14 points at this moment. As a result, they don’t just need to win games; they also need to keep an eye on the net run rate.

The pitch is inclined more towards the bowling side and slightly better for pacers.

1) KL Rahul – The right-handed batsman is tall, elegant player who can keep wicket in a crisis. His technique has benefitted PBKS in the first half of IPL. He is a must pick for the next match. He made 21 runs and took a wicket in the last match.

2) Dinesh Karthik – The right-handed batsman has a penchant for sweep, reverse sweep that has helped his cause against spinners. He gave a decent performance in the first half of the IPL 2021 and is looking for more in the second half.

1) Eoin Morgan – He’s developed a reputation as a creative and free-striking middle-order batsman, particularly in shorter formats. A dangerous middle order batsman on his day and a more than astute player, Eoin is a vital cog in KKR’s cricket fortunes.

2) Chris Gayle – He is regarded as one of the most brutal cricket ball batters of all time. His long reach enables him to get to the pitch of the change-up full deliveries, which he carves back over the bowler’s head with ease.

4) Shubhman Gill – The right-handed batsman was drafted into the team due to his attacking techniques and his appetite for big runs. He is a wise pick for the next match.

1) Mohammad Shami – He is a right arm fast medium bowler who is fast proving to be one of the stand-out and versatile performers in the Indian squad.

2) Varun Chakravarthy – He has significantly rebuilt his action and added additional elements to his bowling. He has proved to be an asset to his team so far.

3) Lockie Ferguson –  The right arm fast bowler is quick with his good bouncer and his speed has made him a valuable player in his squad. He is considered as a major weapon in T20 and ODI format. He took a wicket in his last match.

4) Arshdeep Singh – Arshdeep is a left-arm pacer from Punjab who wowed everyone with his pace and control with the new ball in the last two games of the tournament.

1) Deepak Hooda – Hooda has experience on his side, and there is always a desire for a lower-order batsman who can also bowl in his team. Hooda’s incredible ability to clear the fence earned him respect in the IPL.

2) Sunil Narine – The left-handed batsman and right arm off break bowler is a valuable allrounder for KKR and a precise, experienced player in this format. He played excellent innings in the first half of the IPL and is still expected to retain the form in the second half too. 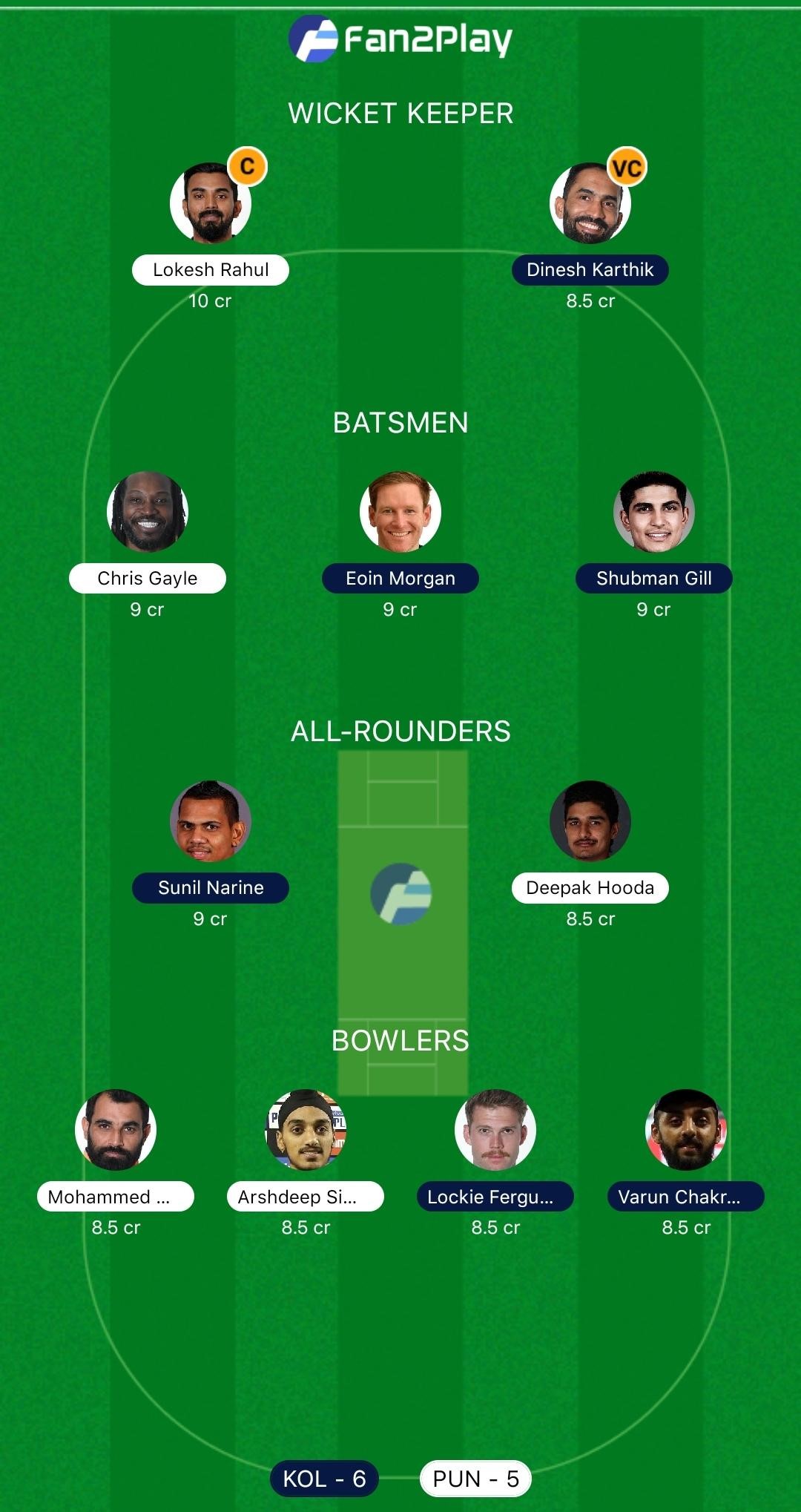