Punjab Kings will be up against Rajasthan Royals in the Match 32 of IPL 2021 on 21 September at Dubai International Cricket Stadium, UAE. Royals were in 5th place in the points table with 3 wins in 7 matches before IPL 2021 was delayed earlier this year in May due to the COVID-19 pandemic, whereas Punjab Kings were in 6th place with 3 wins in 8 matches. Both RR and PBKS will be looking for victories as they try to secure a play-off berth, which is already a difficult assignment, and one more setback will make moving into the top four even more difficult.

The pitch is inclined more towards the batting side and slightly better for spinners.

1) KL Rahul – The right-handed batsman is tall, elegant player who can keep wicket in a crisis. His technique has benefitted PBKS in the first half of IPL. He is a must pick for the next match.

2) Sanju Samson – The right-handed batsman, given his innate potential, his game has truly progressed in the way it should have. He has led his team through thick and thin, he is a player with a lot of potential.

1) Chris Gayle – The left-handed batsman has the ability to decimate the figures of even the thriftiest of opening bowlers. He is a powerful hitter with excellent skills in his arsenal.

2) Mayank Agarwal – The right-handed batsman has been phenomenal in the domestic circuit and has played his best in the last two seasons for PBKS. He is in good form and a wise choice for the next match.

4) David Miller – The batsman is a hard-hitting left-hander with a penchant for clearing the boundary. He is playing in good form and has the potential to play good innings in this match.

1) Mohammed Shami – He is a right arm fast medium bowler who is fast proving to be one of the stand-out and versatile performers in the Indian squad. He is coming from a successful tour from England and is fresh with his strong form.

2) Chris Morris – The right arm fast medium bowler has capacity to increase pace while maintaining good bounce, as well as some well-documented hitting prowess. He is an experienced player in this format.

3) Tabraiz Shamsi – The left arm wrist spin bowler and current rank 1 spinner in the world, has tremendous variations, and also has impressive accuracy to go along with those variations, and he becomes threatening when batters pursue him.

4) Adil Rashid – The leg break bowler’s batting is a plus, and despite his high price tag, his ability to contribute with wickets has made him an useful asset for his team.

1) Fabian Allen – The right-handed batsman and slow left arm unorthodox bowler is a gem of a find for PBKS, and if his potential is refined and handled properly, he’ll become a powerful player for them.

3) Rahul Tewatia – The left-handed batsman and leg break bowler is a wrist spinner who can also bat in the lower order and can play both the paddles and the scoops. Tewatia as a whole is an excellent asset to RR. 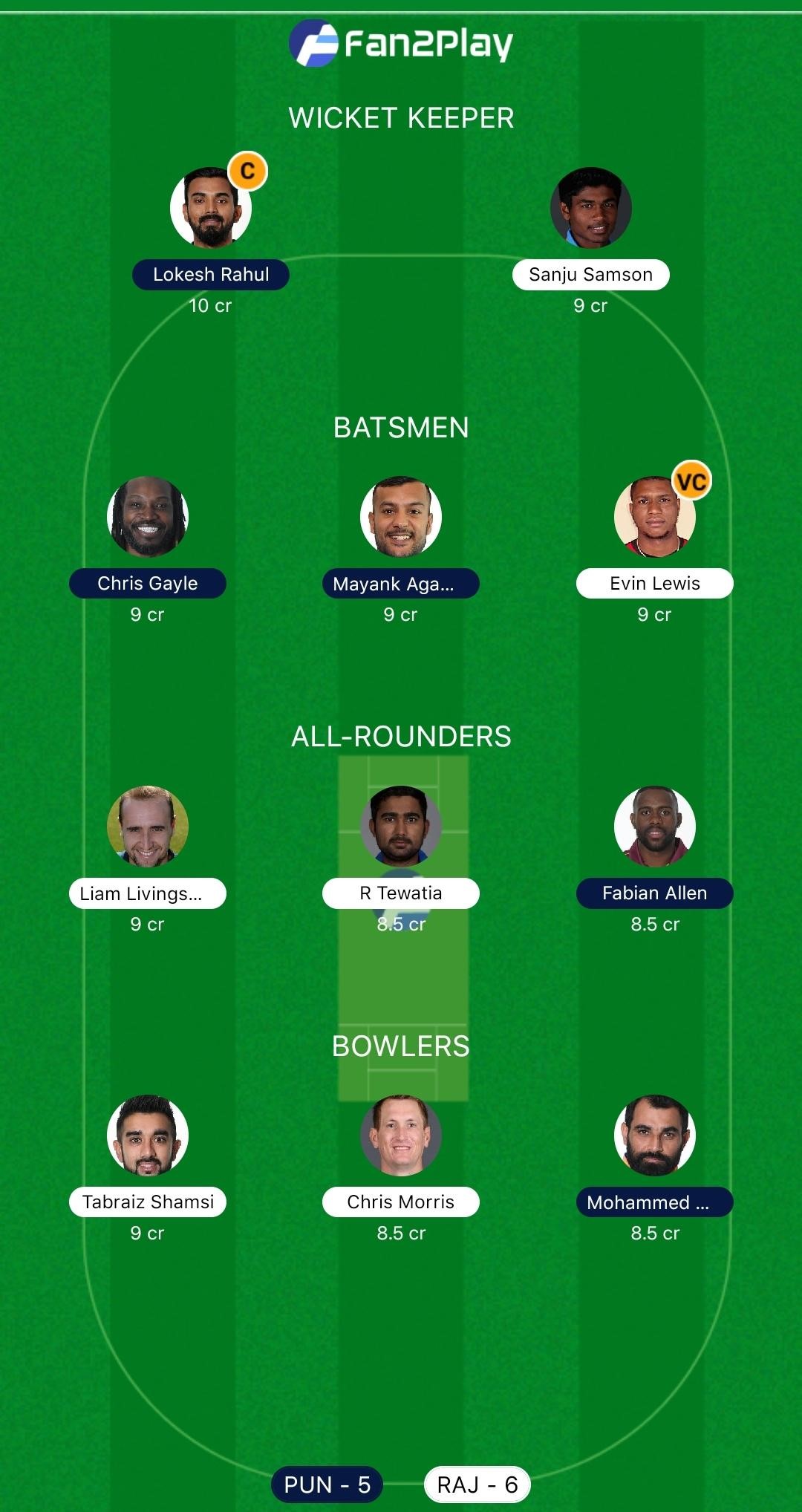