Mumbai Indians will be up against Rajasthan Royals in the Match 51 of IPL 2021 on 5 October at Sharjah Cricket Stadium. After defeating in-form Chennai Super Kings, Sanju Samson’s Rajasthan Royals surpassed Mumbai Indians to grab sixth place in the points rankings. On the other hand, MI were defeated by Delhi Capitals for the fourth time in the UAE leg. After a convincing 7-wicket victory over table-toppers CSK, Royals will be full of confidence. The win also ended a three-match losing streak against Royal Challengers Bangalore, Sunrisers Hyderabad, and Delhi Capitals.

1) Quinton de Kock –  The left-handed batsman has gained a reputation for his daring striking and deft glovework. He is a must pick for the next match.

2) Sanju Samson – The right-handed batsman, given his innate potential, his game has truly progressed in the way it should have. He has led his team through thick and thin, he is a player with a lot of potential. He made 28 runs in his last match.

1) Evin Lewis – The left-handed batsman has a reputation for hitting big sixes in this format and with his power-striking, he is expected to give good fantasy points in the upcoming match. He made 27 runs in his last IPL match.

2) Rohit Sharma – The right-handed batsman’ adept skills that translates into quick runs has led MI, from the bottom of the points table to numerous victories. He is in great form and a lot of fans are banking on him.

4) Yashasvi Jaiswal – The youngster’s selection for the Royals in the IPL was a big lift, and if his potential is honed, he’ll make the most of it. Many people are inspired by Jaiswal’s cricketer journey. He made 50 runs in the last match.

1) Mustafizur Rahman – With his bowling it is difficult to deal with the slow left arm cutters towards the death on a few slow surfaces. And the across-going angle that he provides for right-handers is something that the teams need to keep an eye on.

2) Jasprit Bumrah – Jasprit’ quick warm-up is followed by a fast-paced bowling action. Despite his small stature, he has mastered the knack of bowling inch-perfect yorkers. This death bowler is an impressive player and an asset for MI.

3) Chetan Sakariya – He is a young left arm fast medium bowler who has proved to be an excellent player for his team due to his consistent performance. He took a wicket in his last match.

4) Trent Boult – The left-arm fast medium bowler’s ability to swing the new ball and change up the pace and lengths in the death overs makes him a lethal bowler.

1) Rahul Tewatia – He is a wrist spinner who can also bat in the lower order and can play both the paddles and the scoops. Tewatia as a whole is an excellent asset to any IPL team.

2) Hardik Pandya – Pandya, despite being known for his powerful hitting, is no slouch with the ball. With his extra bounce from a back of a length and especially his ability to swing the ball away from the right-hander, Pandya’s bowling has come a long way, especially in the shorter format.

3) Kieron Pollard – He is a dangerous lower middle order batsman who can also bowl medium speed with subtle changes of pace. His destructive batting skills is a cause of concern for even experienced bowlers. 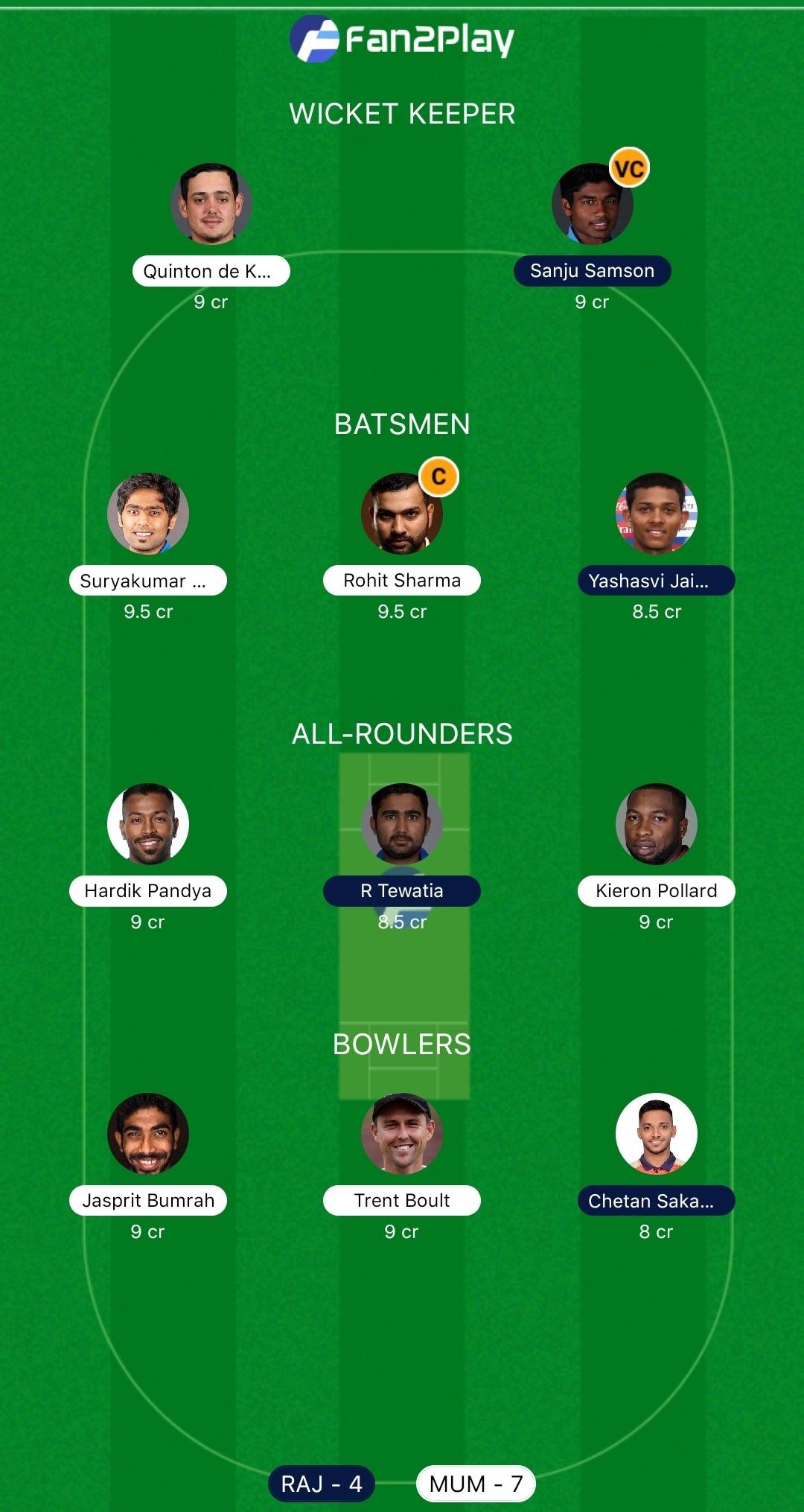