Rajasthan Royals will face Royal Challengers Bangalore in the Match 43 of IPL 2021 on 29 September at Dubai International Cricket Stadium. RCB, are now in third place with 12 points from 10 games, and a win over RR will effectively put them in the play-offs. On the other hand, with 8 points from 10 games, it will be a make-or-break game for RR, as a loss might put them in jeopardy of making the last four. In IPL head-to-head matches, RCB has been marginally better than RR,  RCB has won 11 of the 22 encounters between the two teams, for a victory percentage of 50 percent. RR, on the other hand, has a victory of 45.45 % against RCB after ten triumphs.

1) Sanju Samson – The right-handed batsman, given his innate potential, his game has truly progressed in the way it should have. He has led his team through thick and thin, he is a player with a lot of potential. He made 82 runs in his last match and even took a wicket.

1) Yashasvi Jaiswal – The youngster’s selection for the Royals in the IPL was a big lift, and if his potential is honed, he’ll make the most of it. Many people are inspired by Jaiswal’s cricketer journey. He made 36 runs in the last match.

2) Virat Kohli  – The right-handed batsman is an aggressive hard hitter  player who has shown that he can lead his team with an impressive growth in this IPL. He is in great form and can be trusted to give good fantasy points. He made back to back 2 half centuries in his last 2 matches.

4) Devdutt Padikal – He is a young left handed batsman who is a vital component of RCB as he has played excellent innings for them in the past. He has slowly laddered up the ranks to establish himself as an exceptional batter.

1) Yuzvendra Chahal – The leg break googly bowler is an attacking spinner and leading wicket taker from his team. He is in good form and a wise pick for the next match. He took 3 wickets in his last match against MI.

2) Chetan Sakariya – The left arm medium fast bowler is on a streak of taking wickets and it would be a wise decision to cash in on his momentum for good fantasy points.

3) Mohammed Siraj – He rose as a seamer and with a remarkably swift bowling style. He has a deceptive run up that dazzles even the most experienced batsman and has bowled deadly spells for RCB in the past. He took a wicket in his last match.

4) Mustafizur Rahman – With his bowling it is difficult to deal with the slow left arm cutters towards the death on a few slow surfaces. And the across-going angle that he provides for right-handers is something that the teams need to keep an eye on. He took a  wicketin his last match.

1) Glenn Maxwell – Maxwell reinvented the contemporary limited-overs game by allowing his instincts to drive his replies to the ball, thanks to his athleticism and rapid reactions. The catch is that the aforementioned response might not be a shot that has ever been seen on a cricket ground. 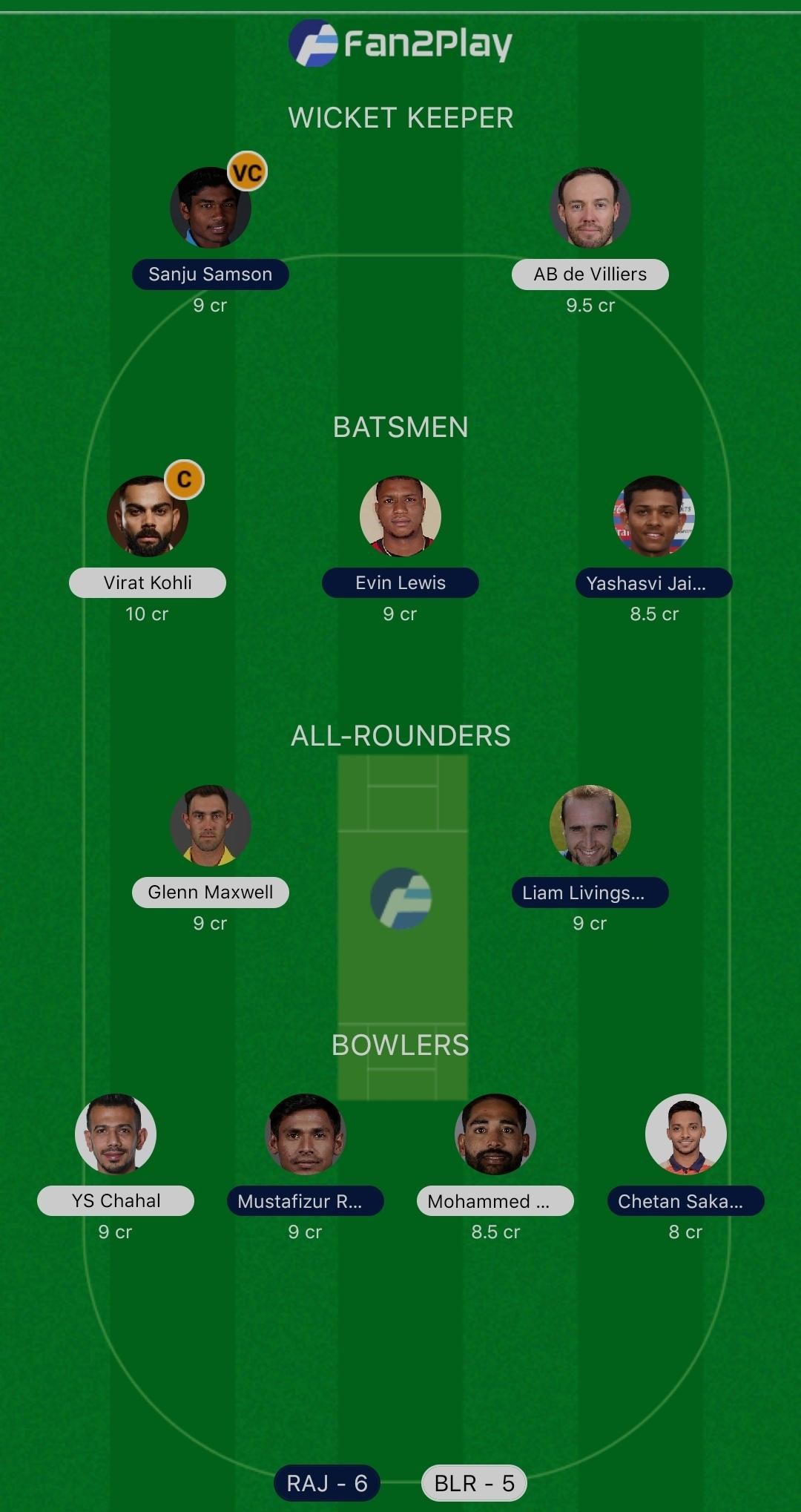