The match between LSG and CSK will take place on March 31st in Mumbai’s Brabourne Stadium. Both teams are coming off losses in their first games and will be aiming to get back on track with a winning performance.

The performance of their top-order batters was a common issue for Ravindra Jadeja’s CSK and KL Rahul’s LSG in their opening game. Both sides struggled to get off to a good start on the powerplay and were never able to put up a significant total that they could defend.

The previous night, CSK were outplayed by a spirited Kolkata Knight Riders, while LSG were thrashed by Hardik Pandya’s Gujarat Titans.

The Pitch is overall favourable to batters and best suited for pacers than spinners. Average runs scored on this venue is 185  and have 60% chances of winning if batting first. Weather will be normal with clear sky and average temperature at 30.43°C.

1) Mahendra Singh Dhoni – MS Dhoni picking up his first IPL half century in 3 years was a reason to cheer for Chennai. Him being among the runs can be an unsettling sign for the opposing teams, given his deadly track record.

2) Quinton De Kock – The South African cricketer is a left hand wicket keeper batter. He will try to do his best in this game as his last match against GT hasn’t gone as expected.

3) KL Rahul – He is a right hand wicket keeper batter. Though he was out on duck in the last match against GT, his recent form against WI and SA is remarkable as he scored a half century and missed one with just a run. He can be proved to be a good pick for a team.

1) Manish Pandey – He is a top order right hand batter, who recently scored two centuries in domestic cricket against Puducherry and Railways. He is in great form and must be a pick in everybody’s fantasy team.

2) Ambati Rayudu – The right handed batsman is a middle order batter with a lot of experience with more than 5000 runs in IPL.

3) Ruturaj Gaikwad – Thogh he has been out on duck in the last match, team will be counting on him to perform in the coming match. He was the orange cap winner in the last IPL season.

1) Adam Milne – He is a right arm fast bowler who has quite impressive stats.

2) Dushmantha Chameera – He is a right arm fast bowler. He performed well against Titans by taking 2 wickets.

3) Avesh Khan – The young Indian bowler has a bowling style of right arm medium fast. His domestic stats are remarkable and has been in good form against SL in T20I. He also performed well in the last match against GT.

4) Dwayne Bravo –  Bravo is a right arm fast bowler and he continued to chip in wherever he was required. He is in a marvelous form as he took 3 wickets for his team against KKR.

1) Ravindra Jadeja – He is a left-handed middle-order batsman who bowls off spin and bats left-handed. In the Indian Premier League, he is the current captain of Chennai Super Kings. He scored some precious runs against KKR whis his team needed the most.

2) Deepak Hooda – He is a right hand hitter with a bowling style of right arm offbreak. He scored 55 runs against GT under great pressure. He can be proved to be a good finisher in this match.

3) Krunal Pandya- He is an all-rounder with bowling style as a slow left-arm orthodox spinner and left hand hitter. he performed well against GT in the last match. 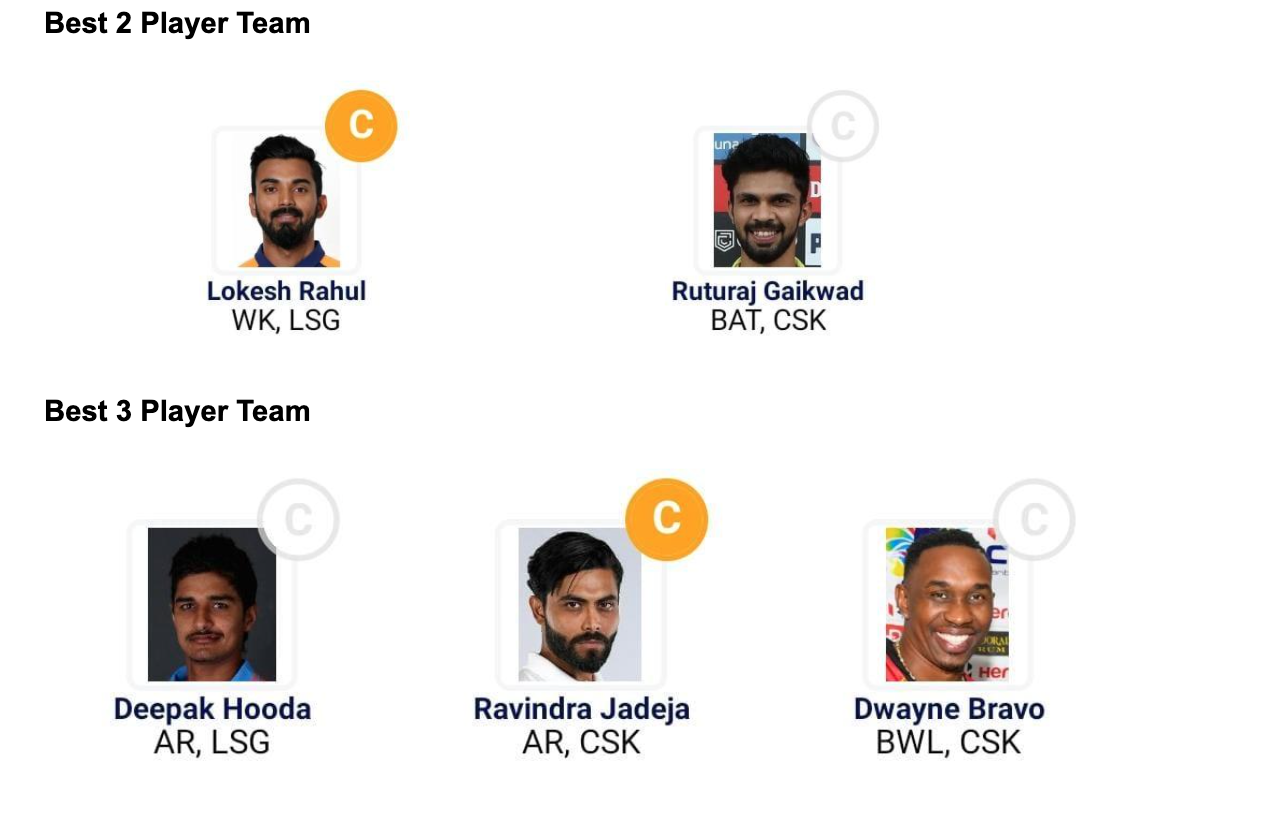 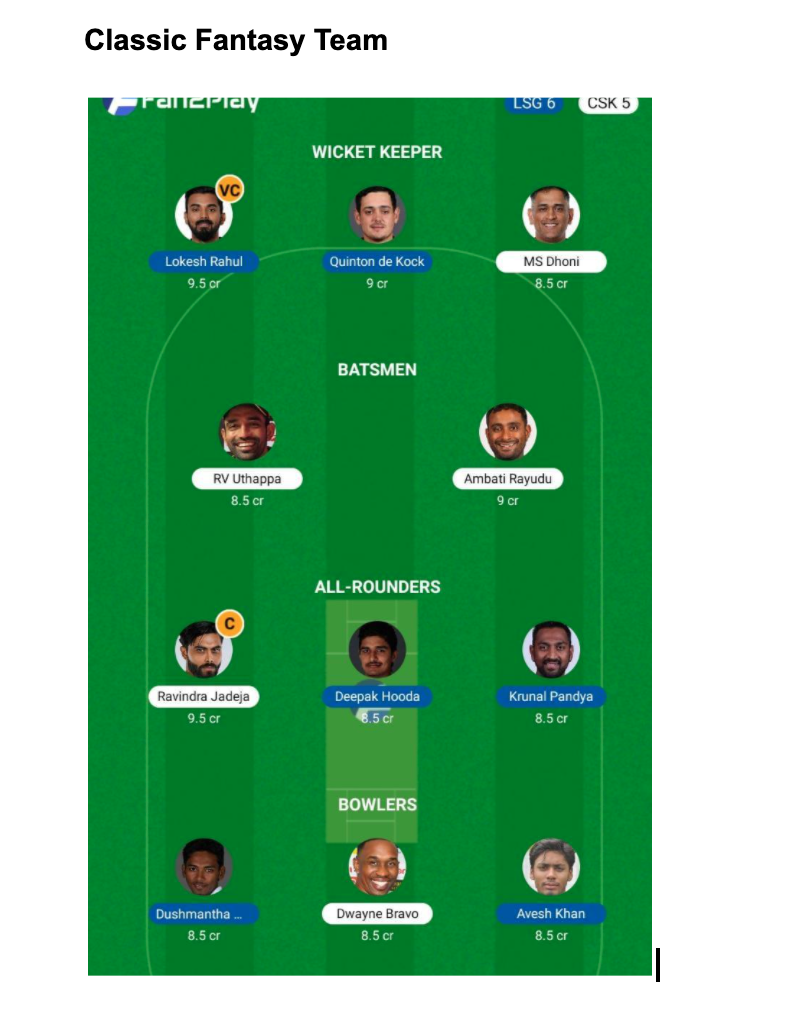