Mumbai Indians will face Royal Challengers Bangalore in Match 39 of IPL 2021 on 26 September at Dubai International Cricket Stadium. MI and RCB have both lost two games since IPL 2021 resumed in the UAE, and while neither team has yet to enter the danger zone, a loss on Sunday might send alarm bells ringing. As a result, a win is critical for them to build their confidence and stay healthy in the quest for the playoffs.

1) Quinton de Kock – The left-handed batsman has gained a reputation for his daring striking and deft glovework. He scored 55 runs in the last match against KKR.

1) Suryakumar Yadav – The right-handed batsman is an aggressive player whose career is built on consistent performances. He doesn’t fear innovating and has a strong hand for shorter formats.

2) Virat Kohli  – The right-handed batsman is an aggressive hard hitter  player and is in great form, he can be trusted to give good fantasy points. He made 53 runs against CSK.

4) Devdutt Padikal – He is a young left handed batsman who is a vital component of RCB as he has played excellent innings for them in the past. He has slowly laddered up the ranks to establish himself as an exceptional batter. He smashed 70 runs in his last match against CSK.

1) Yuzvendra Chahal – The leg break googly bowler is an attacking spinner and leading wicket taker from his team. He is in good form and a wise pick for the next match. He has consistently taken wickets in the last 2 IPL matches.

2) Trent Boult –  The left-arm fast medium bowler’s ability to swing the new ball and change up the pace and lengths in the death overs makes him a lethal bowler.

3) Mohammed Siraj – He rose as a seamer and with a remarkably swift bowling style. He has a deceptive run up that dazzles even the most experienced batsman and has bowled deadly spells for RCB.

4) Jasprit Bumrah – Jasprit’ quick warm-up is followed by a fast-paced bowling action. Despite his small stature, he has mastered the knack of bowling inch-perfect yorkers. This death bowler is an impressive player and an asset for MI as he took 3 wickets in the last match against KKR.

1) Kieron Pollard – He is a dangerous lower middle order batsman who can also bowl medium speed with subtle changes of pace. His destructive batting skills is a cause of concern for even experienced bowlers.

2) Glenn Maxwell – It’s difficult to set fields to cover all of his scoring areas because of his ability to make unusual shots look ordinary – reverse sweeps and pulls, for example. His audacity comes with a price, and he can frustrate as well as excite, but at his best, he can turn a game around in a matter of seconds. 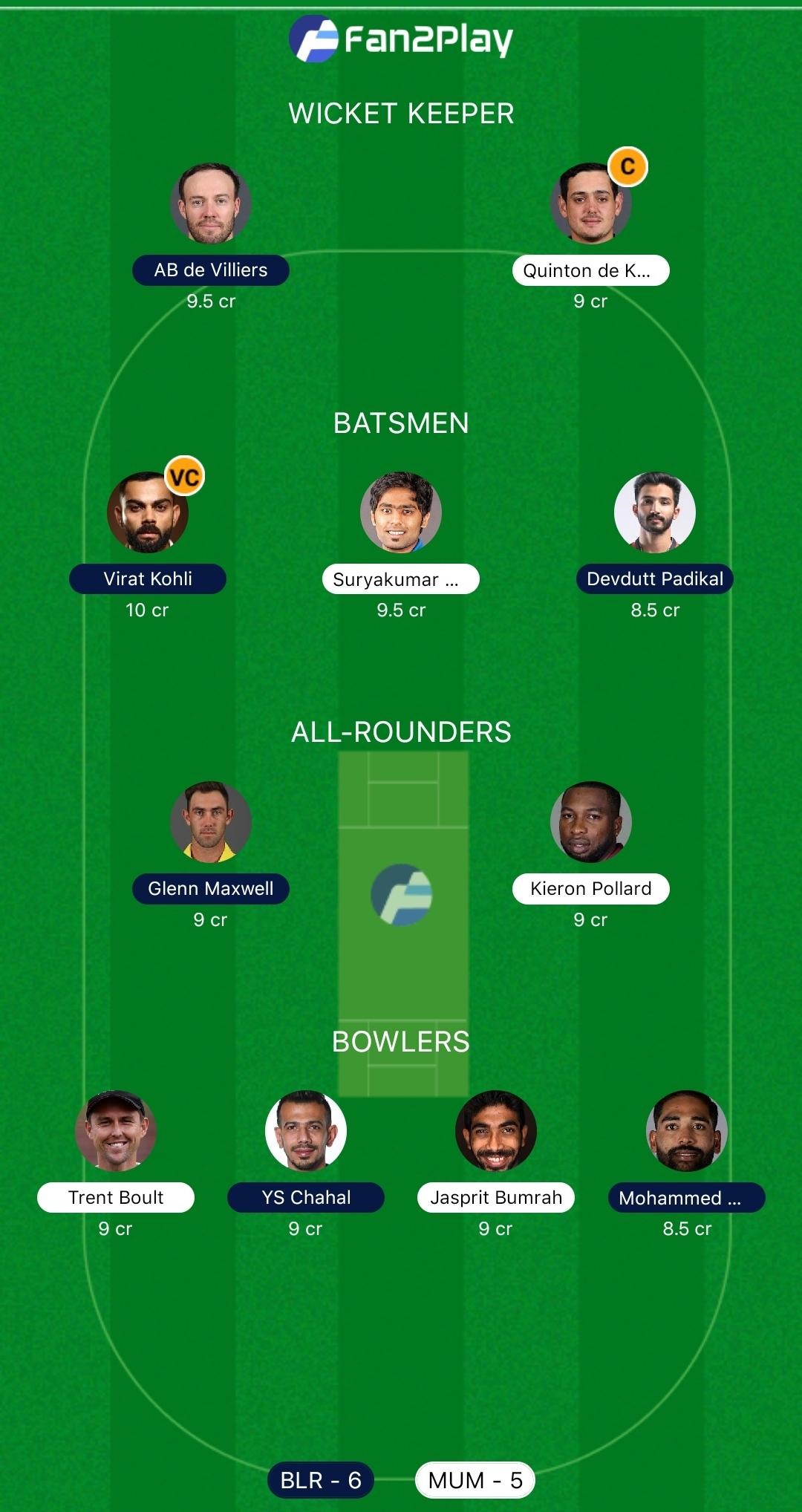