Sri Lanka will take on India in the 3rd and final T20I match of this series on 29 July at R Premadasa Stadium, Colombo. Sri Lanka equalised the series score in the last match by beating India with 4 wickets to spare. Sri Lankan bowlers made full use of India’s limited batting strength and exploited it to their advantage. India had gotten off to a decent start but slacked in the later overs. Sri Lanka can steal the series in the last match, while India is bound with an imbalanced side.

The pitch is balanced and is more favorable to spinners. Warm weather and minimal chances of light rain with temperatures at 27 – 28 °C

1) Sanju Samson – The right-handed batsman has given consistent performance in this tour so far. He has a lot of potential to play well in the upcoming match.

2) Minod Bhanuka – The left-handed opening batsman is a talented player from his squad. He has been a part of the opening pair that has been consistent with the runs for Sri Lanka. He scored 36 runs and even took a wicket in the previous match.

1) Shikhar Dhawan – The left-handed batsman is one of the most experienced players in this format. He will be a wise choice for the next match. He always looks solid in the opening. He made 40 crucial runs in the last match.

2) Devdutt Padikkal – The right-handed batsman is a remarkable player with an effective stroke play skills in this format. He made 29 runs in the last match.

3) Dasun Shanaka – The right-handed batsman is an explosive middle-order player, he has played stable innings in this T20I series and has a lot of potential to play well in the next match also. He is also a skilled allrounder, as he took a wicket in the last match.

1) Varun Chakravarthy – The right-arm offbreak bowler delivered economical bowling spells in the last match. He took a wicket with his skillful bowling action.

2) Kuldeep Yadav – He is a left arm wrist spinner who gave his finest deliveries in the IPL matches and is expected to follow suit in the next match. He took 2 wickets in the 2nd T20I match.

3) Dushmantha Chameera – The right-arm fast bowler has quick pace, generated from a slightly round-arm action. He is in good form and has consistently taken wickets in this tour. He bagged a wicket in the last match.

1) Wanindu Hasaranga – The middle order batsman, and an aggressive legbreak bowler is an asset for his team. He is in good form and will be a wise pick for the next match. He took a wicket and made 15 crucial runs in the 2nd T20I match.

2) Dhananjaya de Silva – The right-handed batsman and right arm off break bowler played great innings in the ODI series. He is in good form as he made 40 hard hitting runs in the last match. 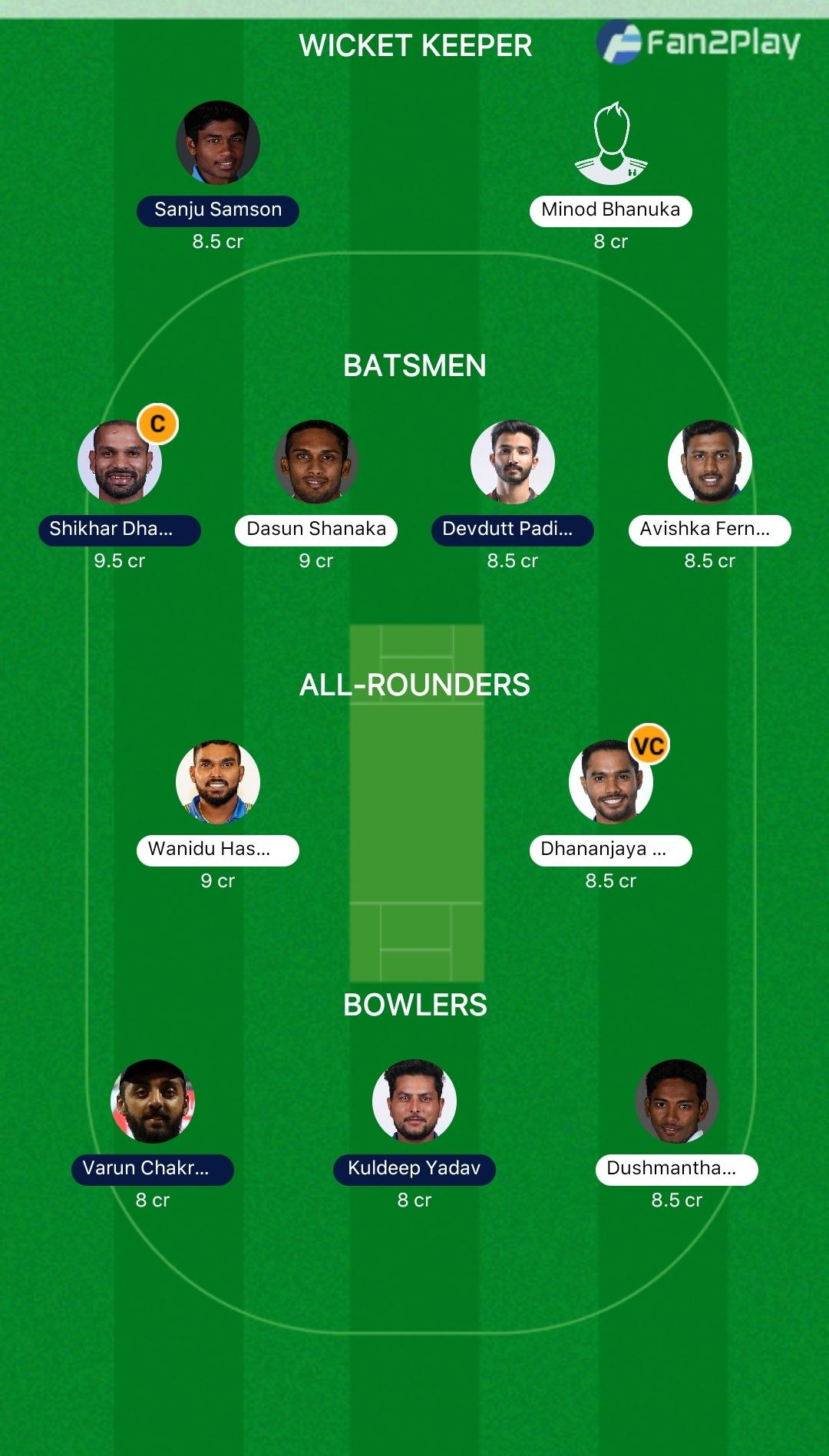