Pitch is balanced and is best suited for pacers. Chances of light rain with temperatures at 27-28 ° C.

1) Mohammed Rizwan – The right-handed wicketkeeper-batsman is a dynamic player and has great experience in this format. He is in good form and has the potential to lead his team to victory in this series.

2) Nicholas Pooran – The left-handed batsman is a young talent from the West Indies. He is an asset to his team.  He was brilliant behind the stumps in the last series against Australia. He is a must-pick for the upcoming match.

1) Fakhar Zaman – The left-handed batsman has played domestic matches skillfully and will be a wise pick for the next match. He has delivered apt batting performances in the last series against England.

2) Babar Azam – The right-handed batsman is a top-order batsman player, who has great experience in this format and his stats speak for him. He is perhaps the best choice from his squad in this category, owing to his excellent form and flair in this game.

3) Chris Gayle – The left-handed batsman is a hard-hitting player from the West Indies. He is one of the most experienced players in this format. He is a wise choice in this category and has played phenomenally in the last series against Australia.

4) Evin Lewis – The left-handed batsman can single-handedly destroy the bowling lineup of Pakistan. He is a skillful batsman and has the potential to turn the tides of a match with ease.

1) Shaheen Afridi – The left-arm fast bowler is a quick pacer who made life uncomfortable for England in the last series. He knows how to take advantage of his height to extract bounce on the docile pitches of WI.

2) Sheldon Cottrell – He is a promising fast bowler whose left-arm angle provides variety to the bowling attack. He can prove to be a trump player in the upcoming match.

3) Hayden Walsh – This leg break googly bowler has proven that he is a hard man to get away with, with subtle changes of pace and variations. He delivers consistent performance despite unsuitable playing conditions.

4) Hasan Ali – The right-arm fast-medium bowler is an accurate fast bowler with a simple bowling action and a blend of variations. His ability to strike regular middle-overs blows is a key factor to pick him in this category.

1) Andre Russell – The right-handed batsman and right-arm fast bowler is a hard-hitting middle-order batsman. He gave phenomenal performance in the last series against Australia and is a perfect choice due to his good form in this category.

2) Jason Holder – The right-handed batsman and right arm medium fast bowler is a reliable batsman and a steady medium-pacer. His experience and flair in this format will prove to be very beneficial for his team in the upcoming match.

3) Dwayne Bravo – The right-handed batsman and right-arm medium bowler has plenty of flair and skill both as a batsman and seam bowler. He has consistently taken wickets in the last series against England and has a lot of potential to perform well in the upcoming match.

4) Shadab Khan – The right-handed batsman and legbreak bowler is a prodigious turner of the ball. The meteoric rise in his form will be an asset for his team in this tour. 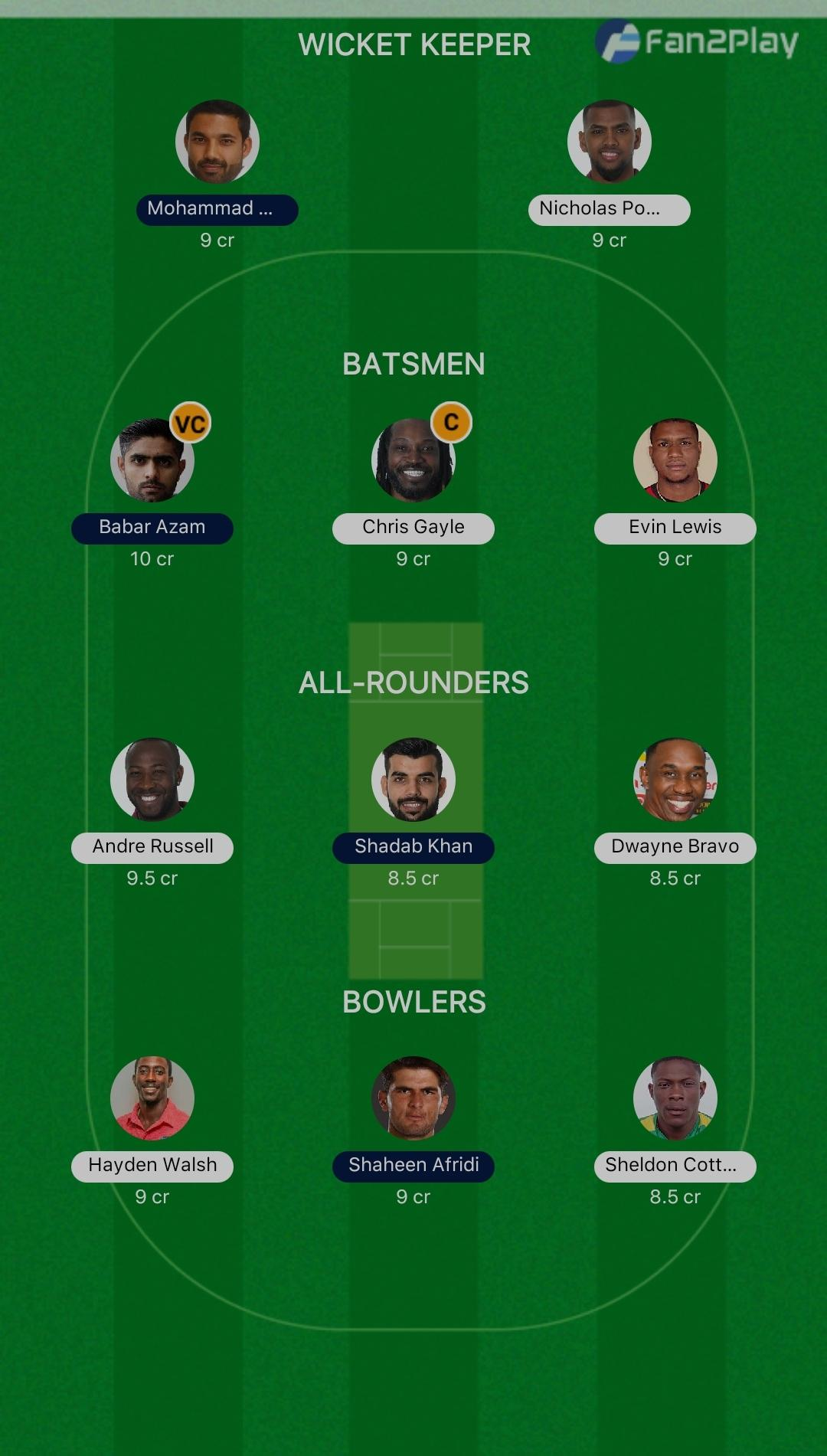